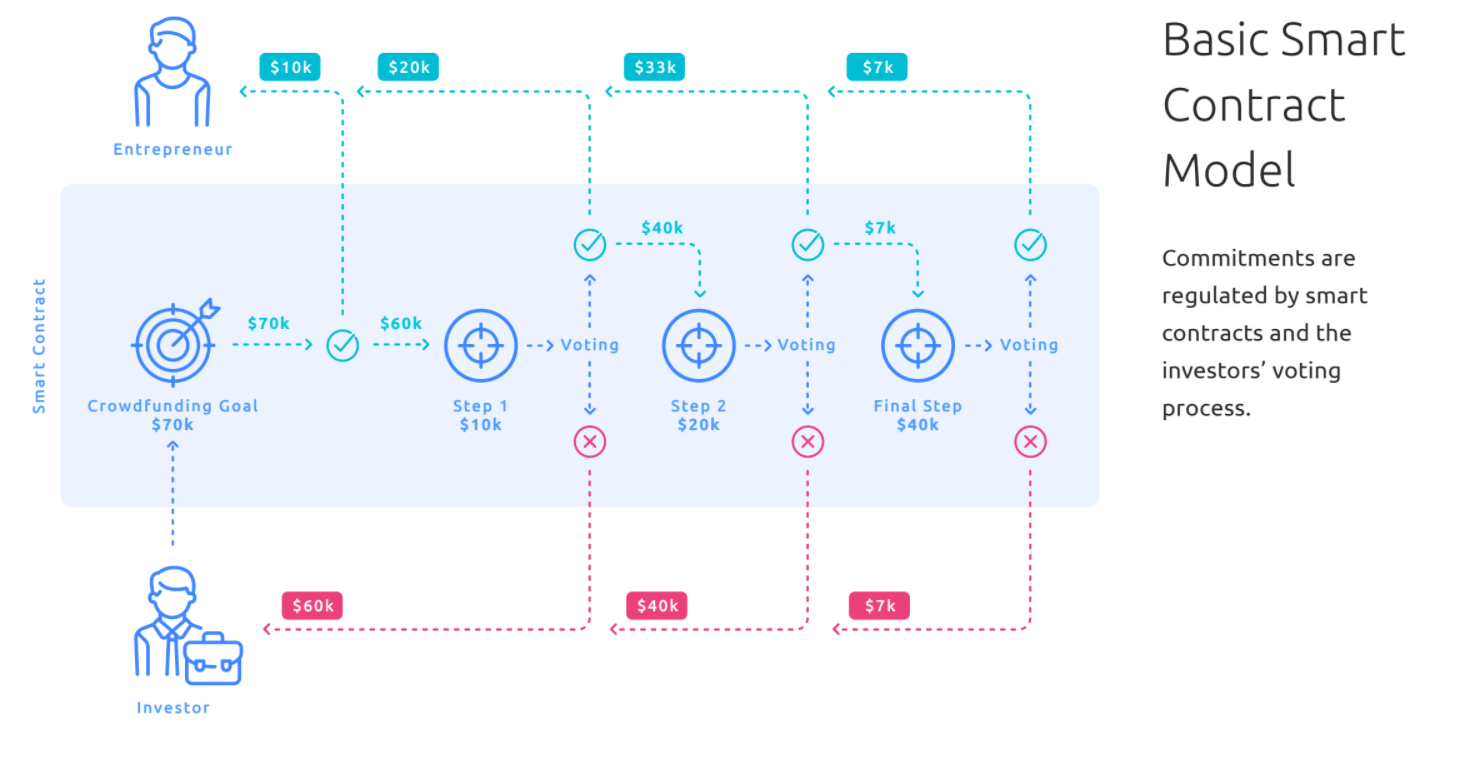 In 2014, Ethereum pioneered the first initial coin offering but it wasn't until 2017 when it truly began to take off. Over $3.5 billion was raised through ICOs in 2017. Now, Ethereum is looking to evolve their innovation even more in 2018. Recently, Vitalik Buterin, creator of Ethereum, outlined his new model  that combines DAOs and ICOs into a singular "DAICO." The concept runs parallel to YouToken's innovative crowdfunding platform and our philosophy. Together with Buterin's new idea, we can help combat fraud and scams in this new, growing ecosystem.

DAICO: THE FUTURE OF YOUTOKEN AND CROWDFUNDING

To put it simply, ICO is based on a single project with no 51% attack risk. DAO, on the other hand, leverages the wisdom of crowds, does not trust a singular, centralized team and allows funding to be spread out over time. Buterin wisely thought to combine these two models into one, "DAICO."

This new structure has massive potential. Potential to improve upon ICO and eliminate the risk of ICO scammers only interested in personal gain. It's a philosophy that runs parallel with our beliefs at YouToken but until now, we've only been able to create a solution from the business side. With Buterin's latest announcement, we can unveil new changes to increase our community's trust. We aim to be "the first DAICO crowdfunding platform" and set an example for other teams to come.

Since DAICO is still a new concept, many people don't know how it works. Essentially, it's a contract by a single development team looking to raise funds for a project. The contract starts off in a "contribution mode" that allows anyone to contribute ETH to the contract and get tokens in exchange. Sounds like an ICO so far right? Yes, but the real difference comes once the contribution period ends.

After the token sale, the YouToken team defines the fund limit (tap=wei/sec) necessary to support the project's development process. This is the maximum amount we receive from the Smart Contract over a pre-determined time period (i.e. one week). If the team wants to increase the tap size (to hire more developers for example) then the poll initiates. Token holders vote for or against this request for extra funds.

To prevent any misuse of this system, we limit the percentage by which the tap can be increased. Furthermore, the tap cannot be increased more than once every 7 days for example. When a certain amount is reached (i.e. 10% of total tokens supply) then the poll is considered "fulfilled." (>10% from TotalToken

Only the YouToken team can start a tap poll and only the platform's contributors have voting rights. During the poll, we will use the proof-of-stake algorithm. However, to prevent exchanges from taking part, the weight of each Ethereum wallet's vote will be limited by a predetermined about of tokens (.i.e. < .1% from "TotalTokenSupply.")

YOUTOKEN'S DAICO TO CHANGE CROWDFUNDING FOR THE BETTER

The logic behind YouToken's smart contracts for entrepreneurs (see the title image for illustrated explanation) is essentially the same as a DAICO. We developed this in the early days of our operation, before Vitalik made his DAICO announcement. That doesn't mean we invented it altogether, but it means YouToken and Vitalik Buterin came to the same conclusion.

Therefore, if we both realized a similar solution, it must mean that it's an efficient model for the future. As of May 2018, we plan to move ahead and use the DAICO model as our main ICO in order to make everything more secure and efficient. If it all goes according to plan, we may even build our very own blockchain! We'll have more on that later so keep in touch, stay informed and thanks for following us along the way.